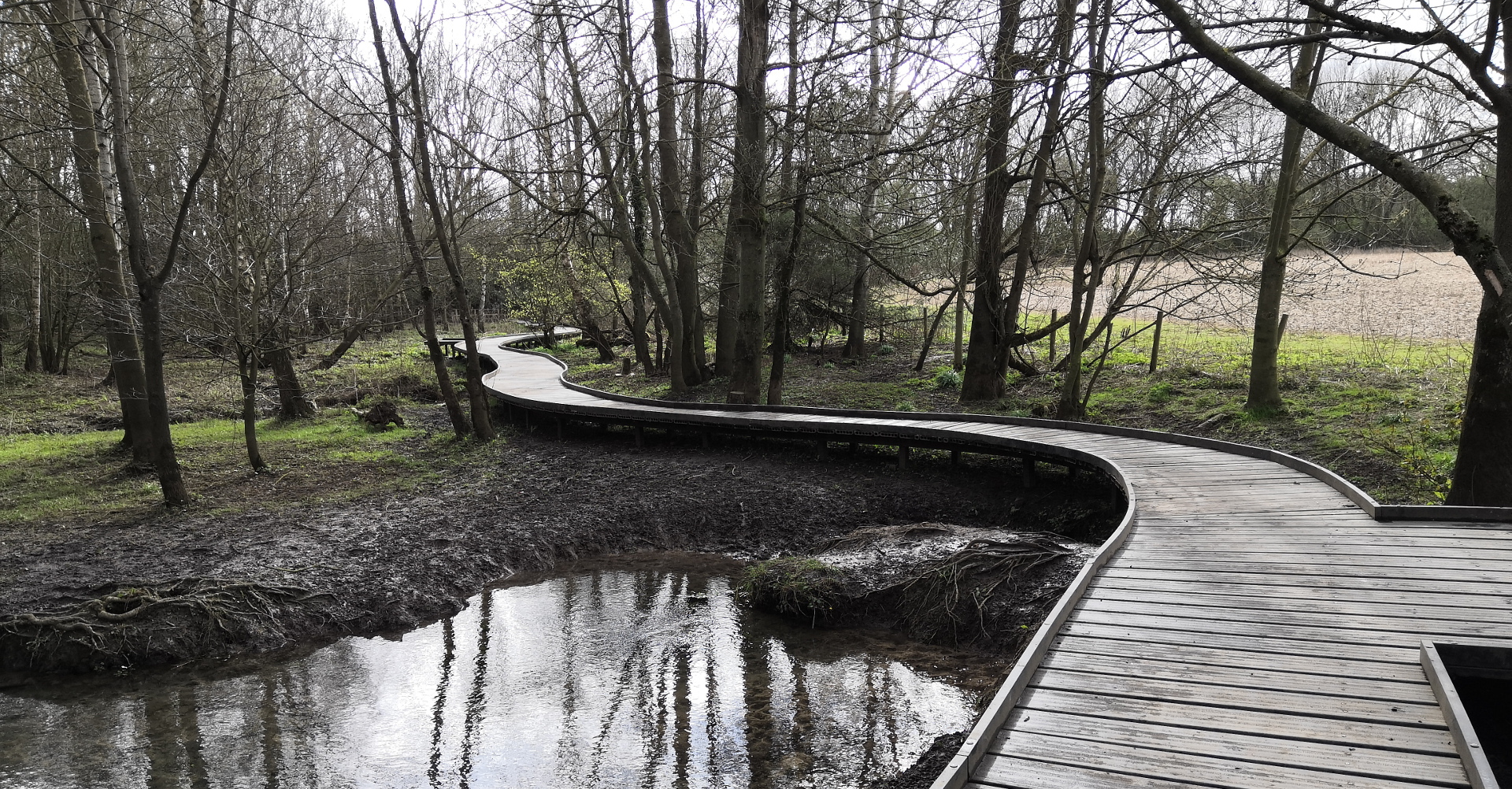 The board walk winding through Lady Spring Wood in winter

The Lady Spring Wood project started in 2016, when it became apparent that the old boardwalk had reached the end of its life. The bridge over the Cut, leading to the Gannock, had also been removed because of its condition. Local people, led originally by Fiona Croft, embarked on a project to create a new boardwalk and bridge. The project has been carried through by MNAP with support from many volunteers. When Fiona Croft left the area, Sarah Oswald picked up the responsibility for keeping the project on track. Valuable technical help has been provided by Alan Mitchell, consulting engineer, of Maltech. Much of the work has been carried out by volunteers, and local people have contributed towards the cost.

The initial project is now nearing a conclusion, although flooding has displaced the new bridge. Plans are being laid to deal with this and to prevent it happening again. New sign posting is being arranged once the bridge is usable again. Work is also planned on the culvert near to the Tate-Smith premises, as the stonework has deteriorated.

A potential follow up is to improve the paths that allow access to the new boardwalk. MNAP would like to improve accessibility, so that as many people as possible can enjoy the walk through Lady Spring Wood.

Since the project report below, please note Progress Report 8 April 2020.

A project report has been prepared by MNAP chairman, Martin Brampton, for the MNAP virtual committee meeting on 2 April 2020.